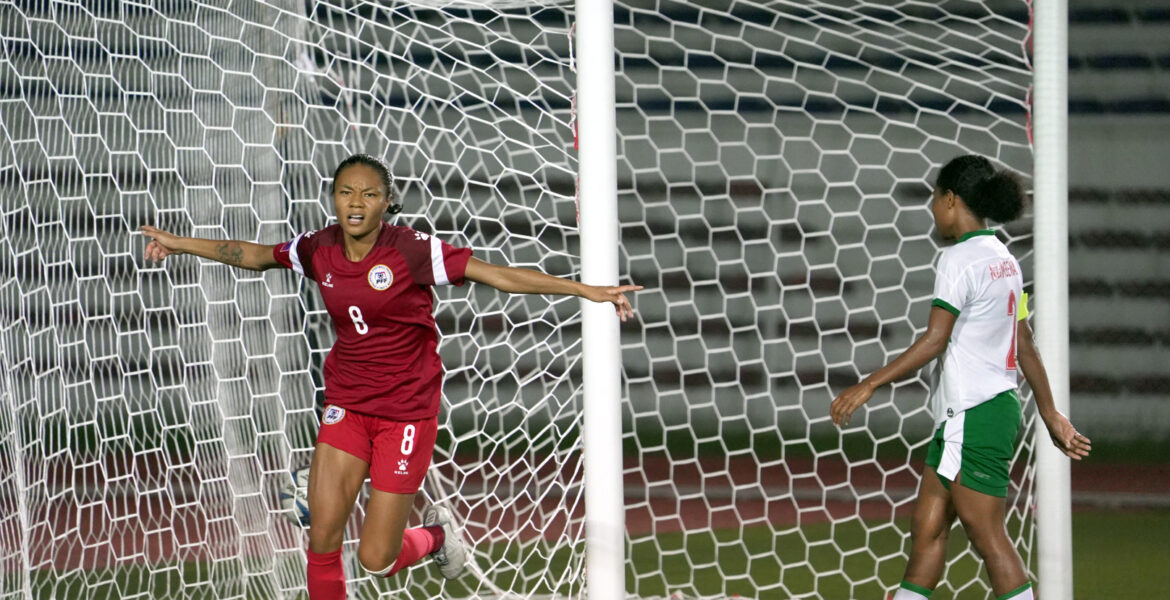 The Philippines survived an early scare from upset-conscious Indonesia to fashion a rousing come-from-behind 4-1 win last night and advance to the semifinals of the AFF Women’s Championship 2022 at the Rizal Memorial Stadium.

Down 0-1 at the half, the Filipinas broke loose in the last 45 minutes led by striker Sarina Bolden, who completed a superb hat trick in boosting the hosts to their fourth straight win in Group A to book the first ticket in the crossover semis with one match left. 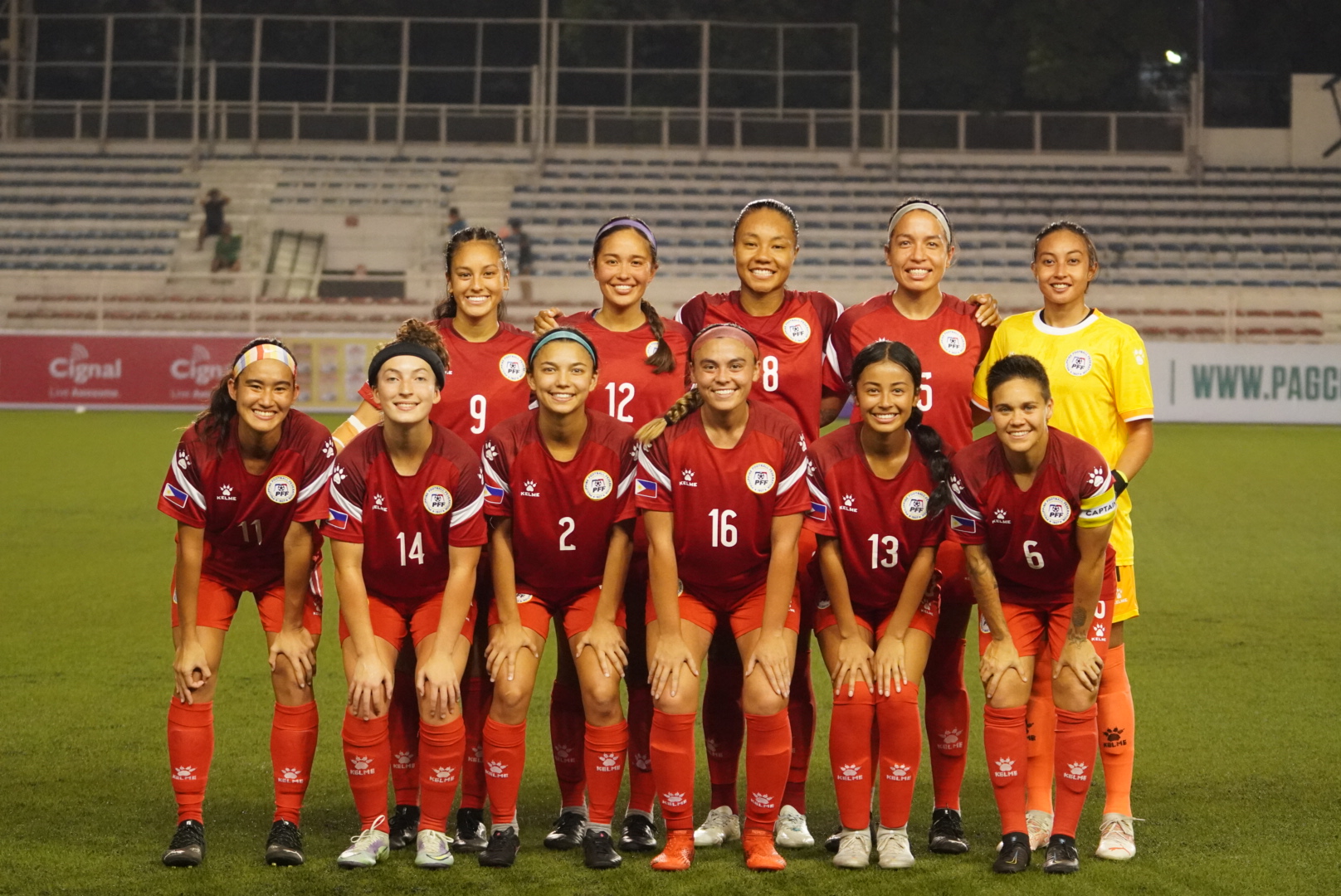 It was the sixth consecutive victory for the amazing Filipinas stretching from their back-to-back wins over Bosnia-Herzegovina during their training camp in Europe last June.

Getting a tight assist from Sara Eggesvik, Bolden scored the go-ahead goal in the 57th minute with her right foot, the ball slipping through the legs of Indonesian goalkeeper Prihatini.

Six minutes later, the explosive forward showed her versatility in left-footing the ball in an open box from a Sofia Harrison cross before capping her big night in following up her own try in the 66th off the hands of the diving Prihatini, much to the delight of the boisterous hometown crowd. 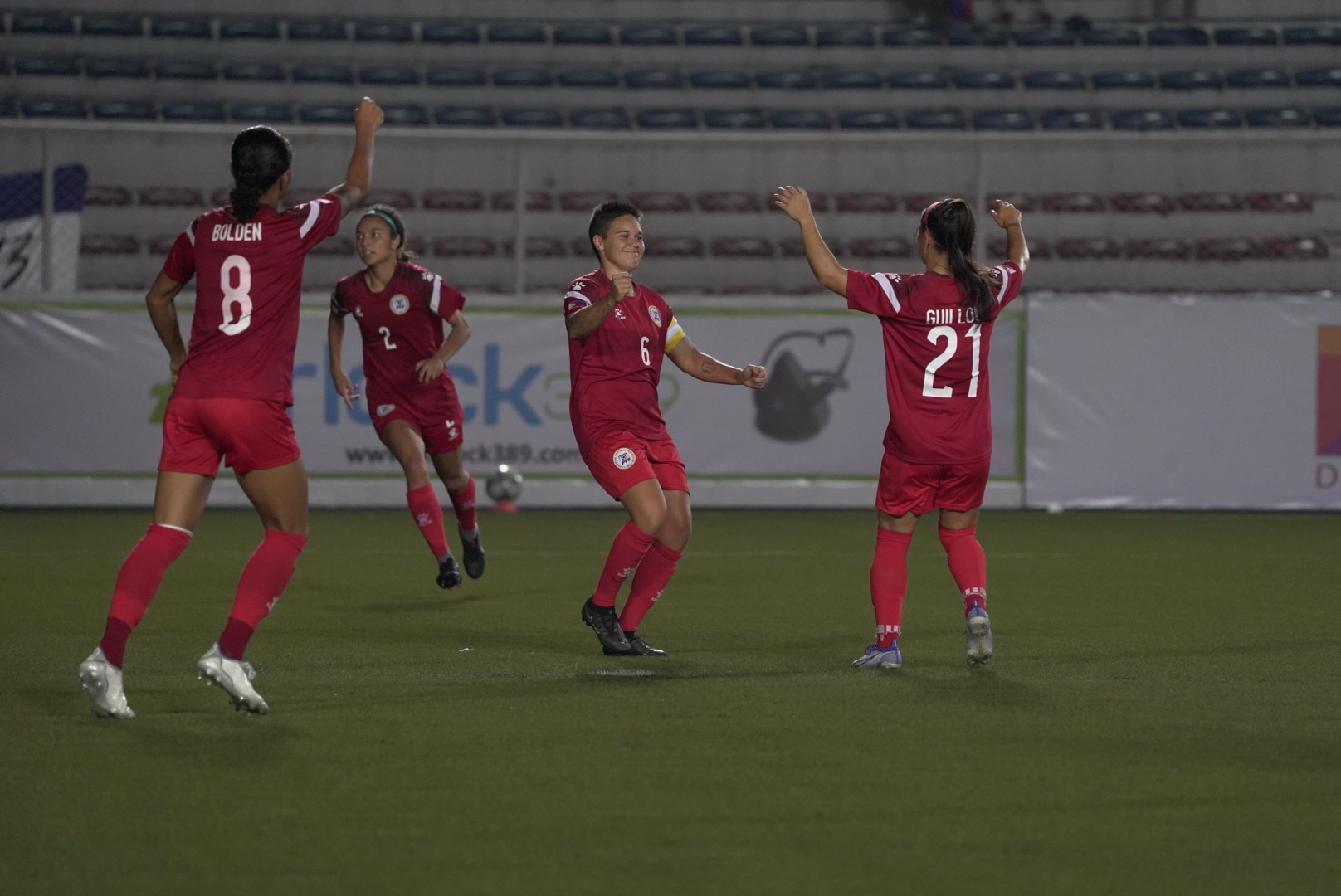 Sharing the spotlight was skipper Tahnai Annis, who settled things down with the equalizer in the 46th minute with a 30-foot roller from the right wing that lit the fire for the hosts.

The fiery second half more than offset the blunder of veteran goalkeeper Inna Palacios, who bungled the back pass of defender Chantelle Maniti, enabling Carlo Pattinasarany to pounce on the mistake and score the first goal in the 37th minute that gave the visitors the early lead. 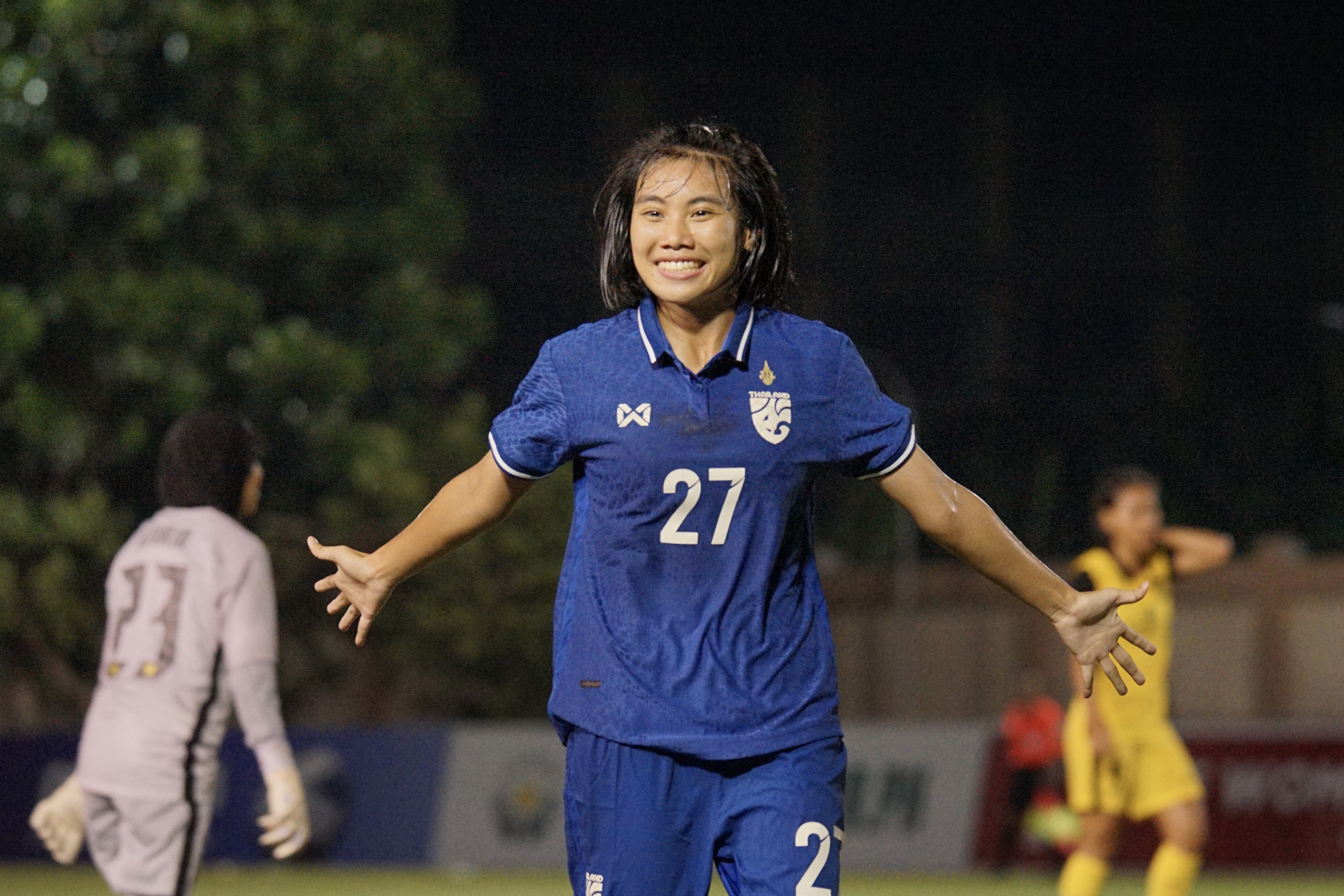 The vital win was a great morale booster for the Filipinas’ showdown for group top spot on Tuesday against Thailand, who continued to hound the Philippines in second place after its 4-0 shutout of Malaysia for its third consecutive victory at the Binan Football Stadium in Laguna. 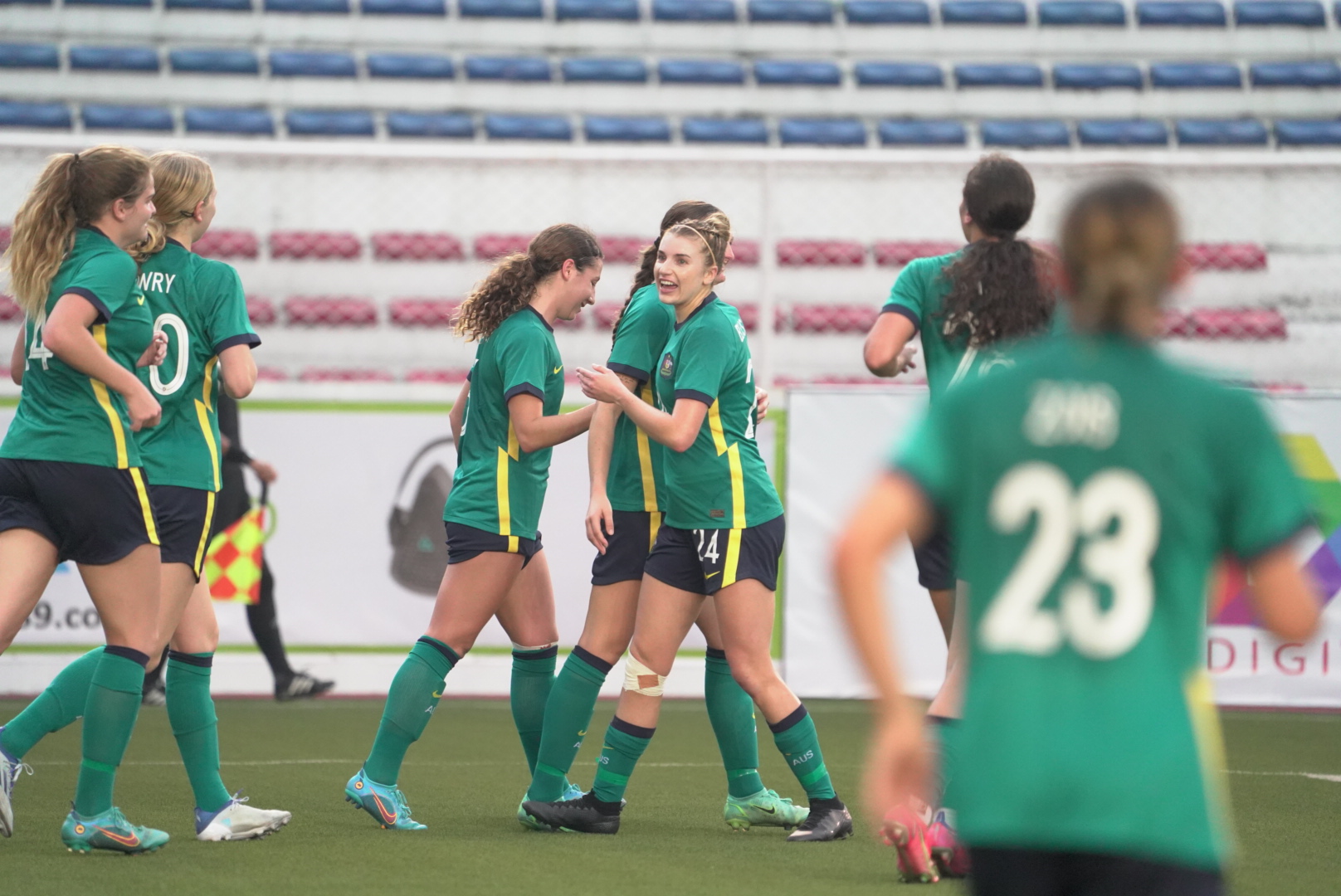 The Philippines maintained its firm grip of first place with 12 points, Thailand is still lurking in second with 10 points while Australia had seven points after securing its second straight win in four games after beating Singapore, 4-1, earlier also at the Rizal Stadium.

“I am happy with the resiliency of players on the pitch (after we fell behind), they are ones who picked themselves up and the coach can only do so much. We don’t have a magic wand but we just had to stick to our principles,” Filipinas coach Alen Stajcic said of his charges’s remarkable recovery in the second half. “The players deserve full credit.

“This resiliency shows the growth of this team.”

Bolden, who scored her second hat trick for the Philippines, noted her achievement was “at home with the national team so it is pretty special. I take great pride in it. But I couldn’t do it alone but because of the balls that were given to me.”

After posting their sixth straight win going back to their friendly matches from their European training camp, Stajcic also reiterated his appeal to hometown fans for their match against Thailand on Tuesday “to rock the stadium because that is an extra factor there.

“The bigger the atmosphere the more chance we have of winning this tournament and that’s the whole point of having hometown advantage and help us get over the line.” 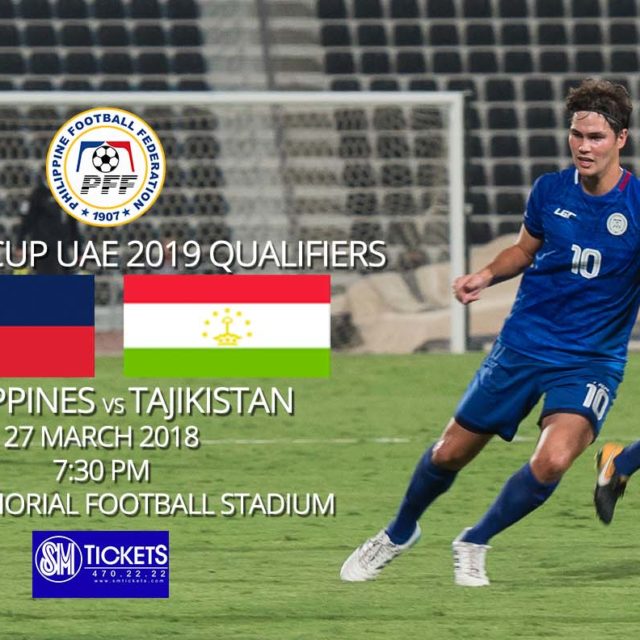