Skip to content
You are here
Home > IN THE NEWS > Vietnam, Myanmar rip rivals to enter AFF Women’s Championship semis 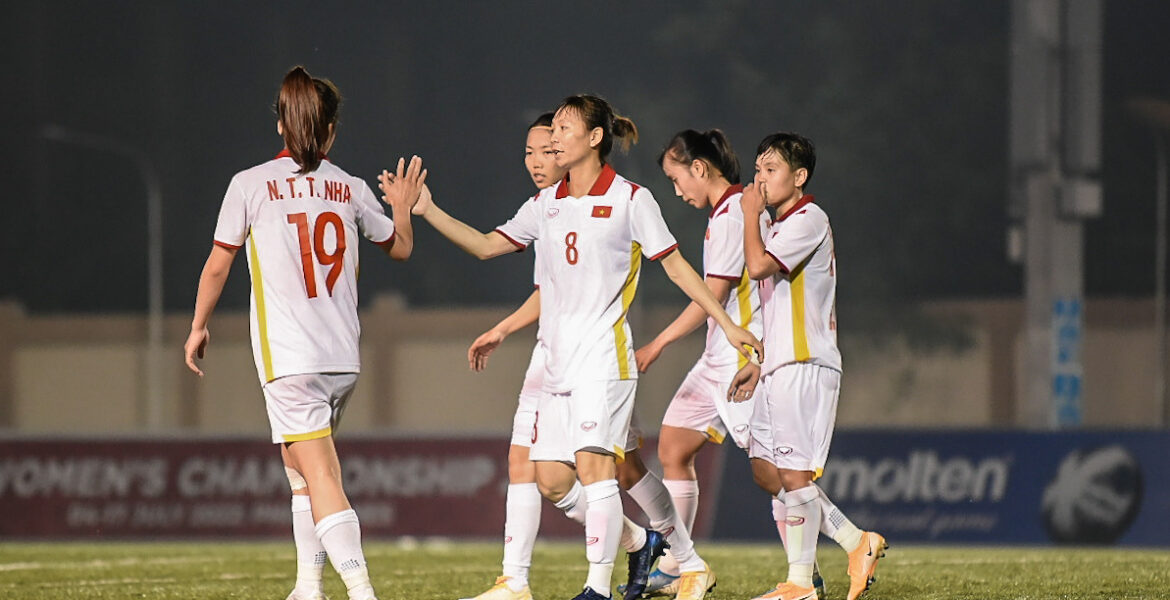 Defending champions Vietnam and Myanmar dispatched their separate foes in lopsided fashion yesterday, Monday, to set up a showdown for Group B leadership in the AFF Women’s Championship at the rain-drenched Binan Stadium in Laguna.

Vietnam trampled on Timor Leste 6-0 while Myanmar ran roughshod past Laos 3-1 as both squads picked up their third consecutive wins to ease through to the semifinals of the 11-nation competition.

Although both had nine points each, the reigning Southeast Asian football queens surged to first place with a plus-14 goal difference, relegating their Burmese rivals to second (plus-12).

Myanmar had a slow start in the face of the gallant stand of the Laotians, who had held their own until defender Panatida Photisane’s own goal in the 39th minute, giving their opponents a 1-0 edge at halftime. 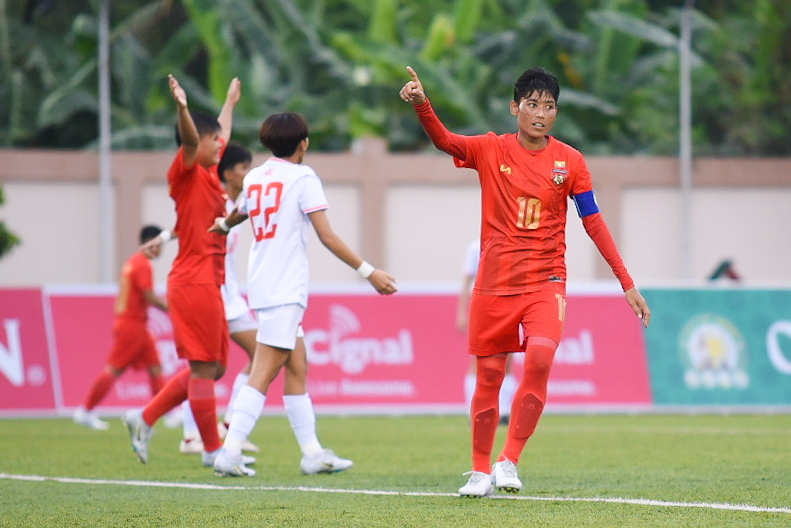 Myanamr quickly went to work in pressing their advantage, with skipper Khin Marlar Tun slotting from close range in the 47th before striker July Kyaw added the third marker with a glancing header in the 64th.

Laos had a consolation goal courtesy of skipper Apathsala Chantavongxay, slipping past two defenders for a 14-yard blast in the 66th, closing out its campaign with four points from one win, one draw and two losses.

With a game in hand, Timor Leste remained at the bottom of the five-team group in absorbing its third straight loss.

In a match delayed by 30 minutes, Vietnam opened the scoring in the 11th minute through team captain Huynh Nhu, who sneaked past goalie Gorette da Costa and two defenders to left-foot the icebreaker inside the 12-yard box.

Ngan completed her brace in the 72nd minute while substitute Tran Thi Thuy Trang wrapped up the match with Vietnam’s seventh marker in the 85th on a follow-up. 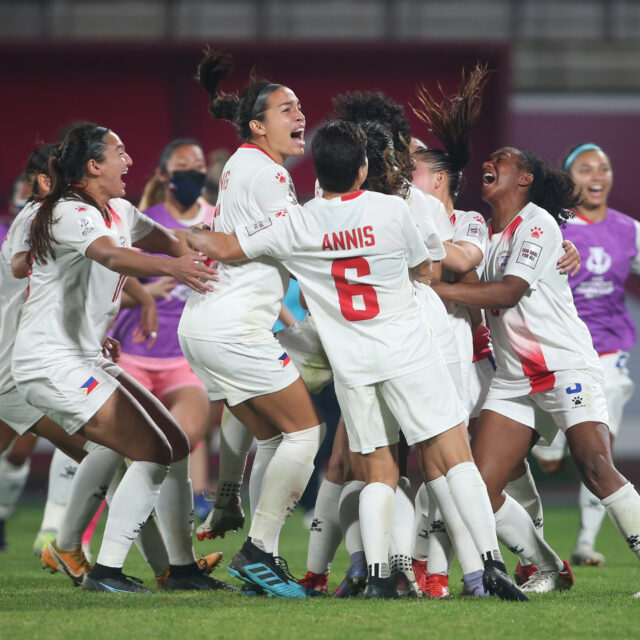 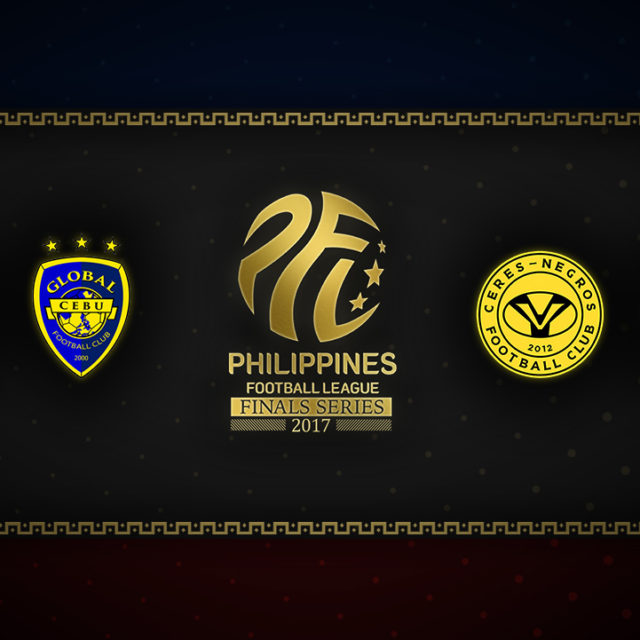