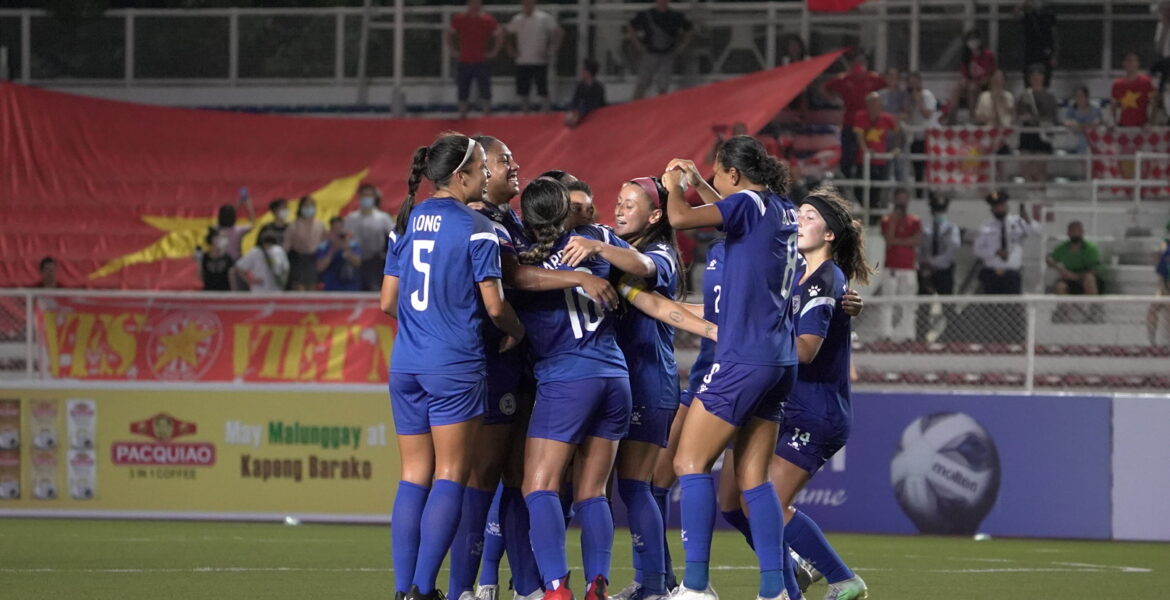 The Philippines stunned defending champions Vietnam, 4-0, last night to reach the AFF Women’s Championship 2022 final for the first time in front of a delighted home crowd at the Rizal Memorial Stadium.

Bucking the odds and history, the Filipinas came through with a dominant performance from start to finish in booting Vietnam out of title contention, and to set up a title showdown and rematch with Thailand on Sunday. 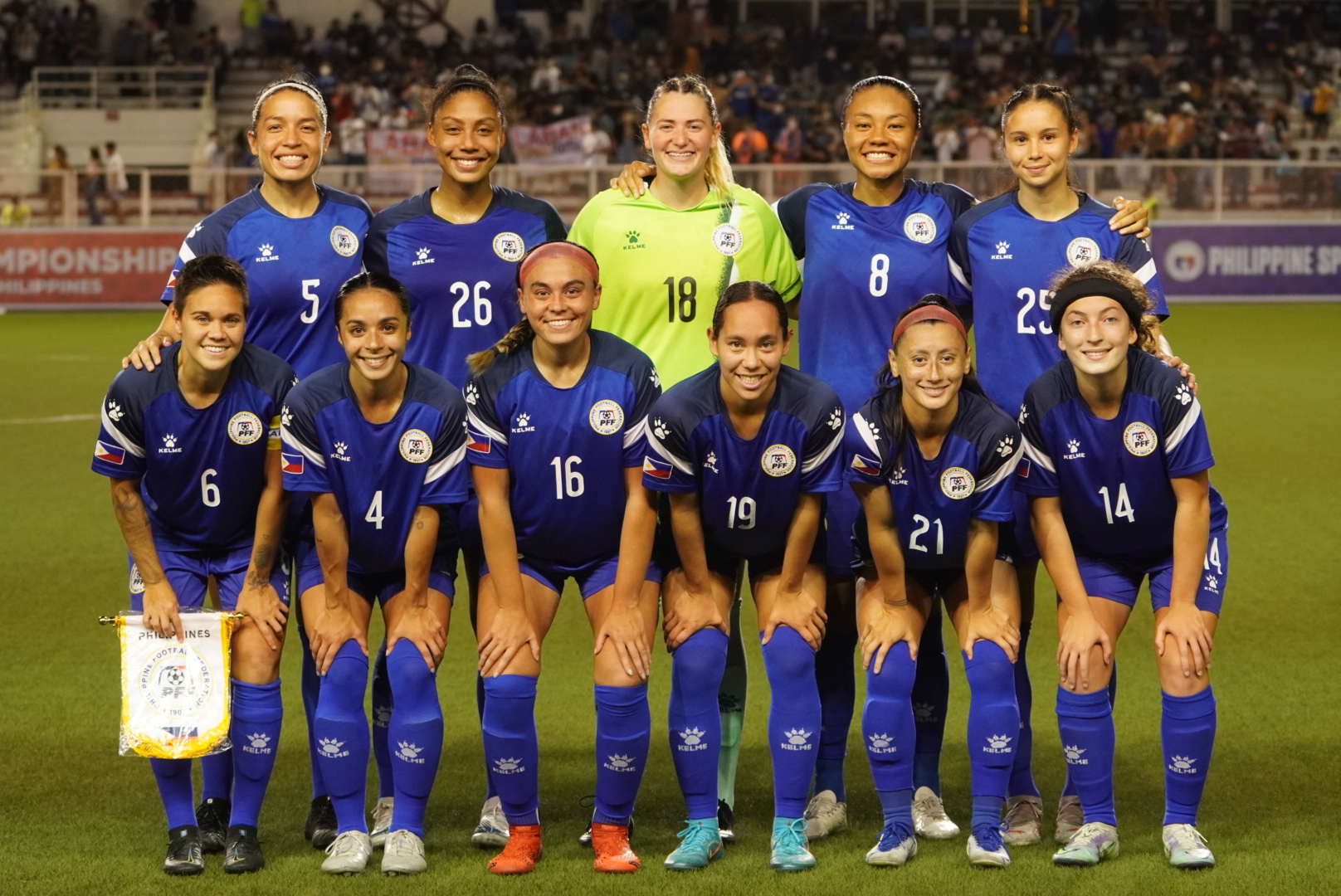 In the other semifinal encounter, Thailand played patient and clinical football in subduing Myanmar, 2-0, in securing their seventh finals appearance for the biggest prize in Southeast Asian women’s football.

Vietnam will try to salvage some pride when it plays Myanmar for third place preceding the championship match.

Closely marked in the first 45 minutes Sarina Bolden scored a brace in the second half while veteran defender Hali Long and skipper Tahnai Annis added a goal each as the hosts fashioned the milestone win in front of around 3,000-plus fans, among them former Azkals team captain Stephan Schrock.

The hosts broke a nine-match jinx against the visitors, including a 1-2 setback in the group stage of the 31st Southeast Asian Games in Vietnam last May.

“I believe we came through with a complete performance. They are still the best team in Southeast Asia and just because we beat them tonight doesn’t mean they’re not. I believe we could have scored more goals. It shows the professionalism of this team,” noted Filipinas coach Alen Stajcic. 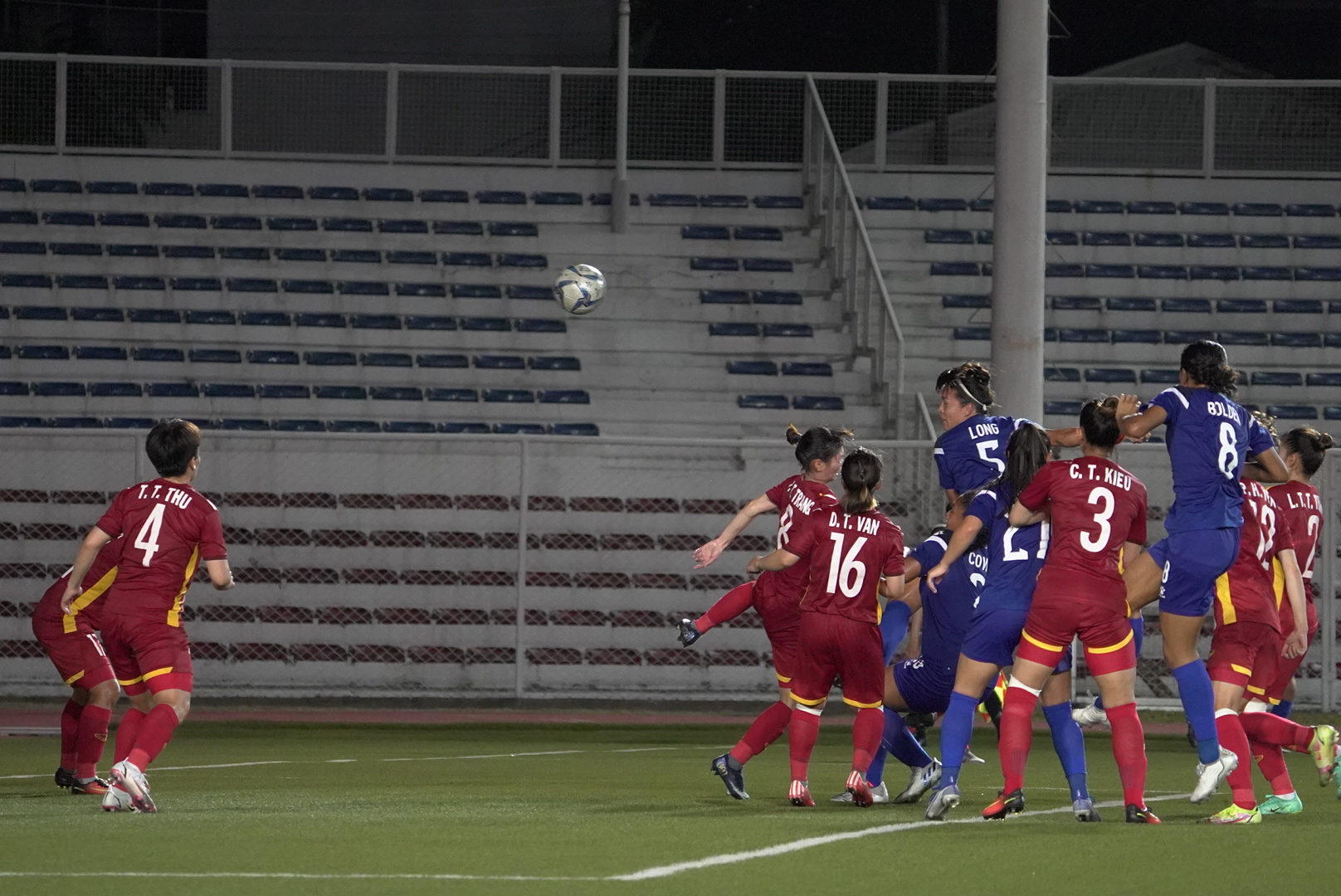 “We’ll enjoy this win in the meantime then perhaps look forward to revenge on Sunday,” added the Australian tactician in recalling the close 1-0 group stage loss to Thailand three days ago.

“We will always play the way that we always do, stick to our game and if we win, it will be a great souvenir for the players,” Okamoto said.

Inspired by the lively Filipino gallery, the Filipinas pressed the attack and were rewarded for their efforts through Long, who came rushing to the front to score a sharp header from Annis’s right corner kick that gave them a 1-0 halftime lead.

Annis then got into act, coolly converting a penalty kick in the 50th minute on defender Hoang Thi Loan’s handball violation inside the penalty area.

The Filipina captain then had another corner kick from the right corner anew, setting up the opportunistic header in the 62nd minute before calling it a night a few minutes later as she was replaced by Jessica Miclat.

Bolden then delivered the coup de grace with another header in the 70th minute off a short feed by Quinley Quezada to cap the home squad’s historic night. 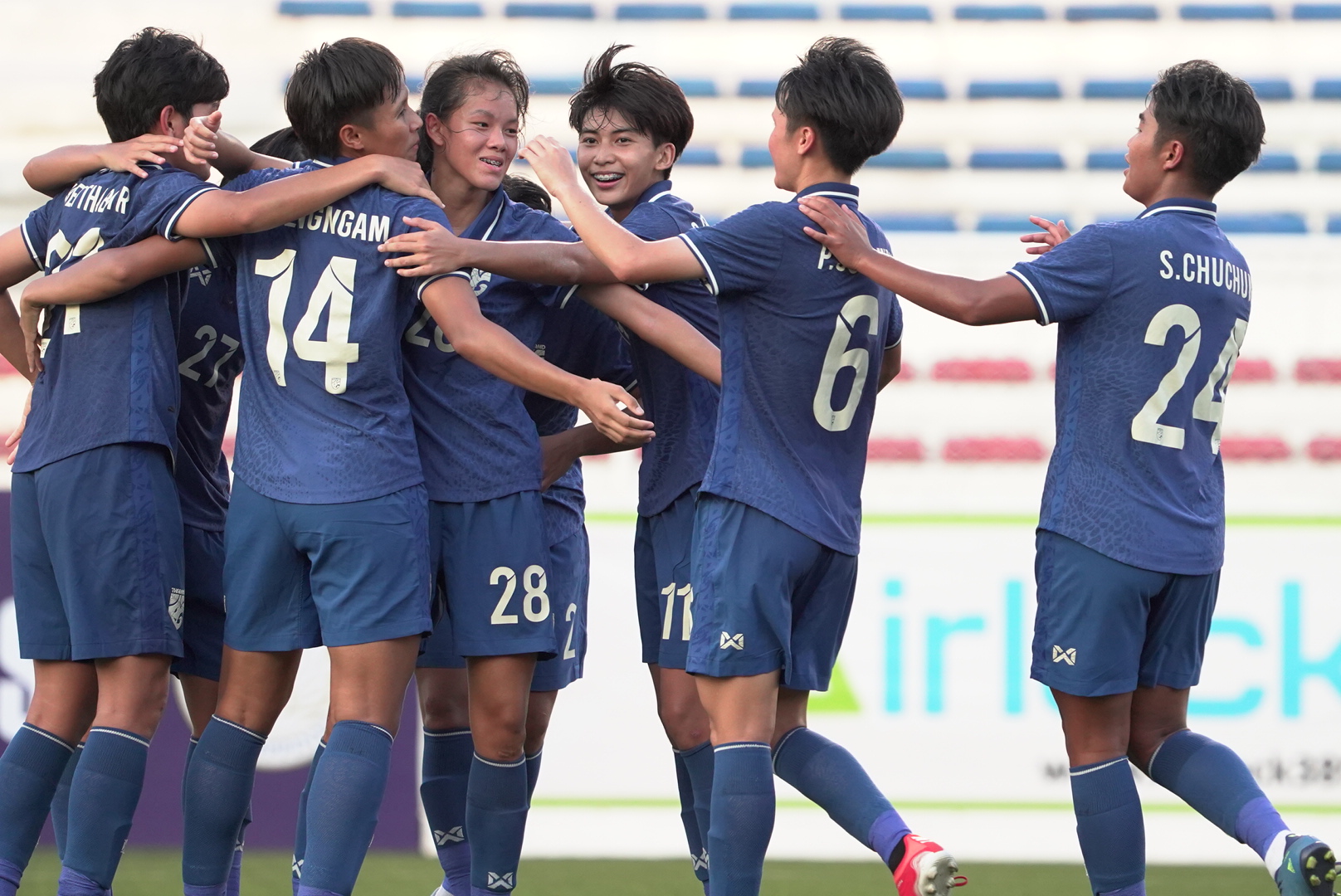 Striker Kanyanat Chettabutr scored the icebreaker in the 43rd minute from a short pass by Jiraporn Mongkoldee, the ball slipping behind goalie May Zwin Nwe, bouncing off the left goal post and into the net to give Thailand a 1-0 halftime lead.

Barely minutes after subbing for Mongkoldee, Saowalak Pengman created instant offense in the 83rd minute, outsmarting two defenders in casually slotting in the second marker past a frustrated May.

All set for the 2nd Philippine Peace Cup: Philippines vs. Chinese Taipei tonight