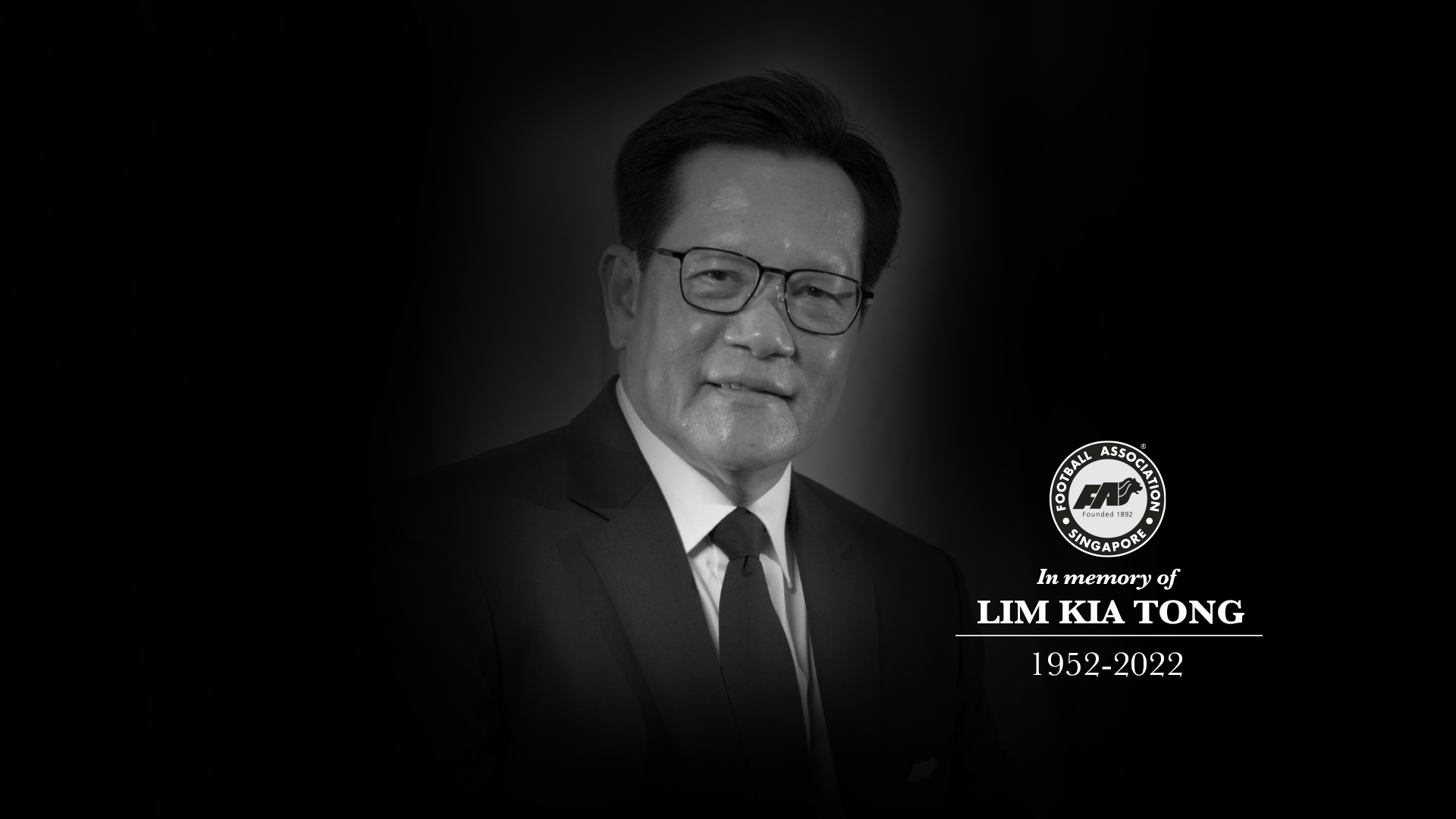 Mr. Lim was a dedicated football official, having been elected as FAS president since 2017 until his passing.

“Lim Kia Tong was a good man,” said PFF president Mariano Araneta, Jr. “He was a brilliant but humble lawyer. We will miss his wisdom and humor.”

“We lost a staunch and hardworking football official, a fair-minded intellectual, a solid proponent of good governance, and a person whose advice and guidance in football matters were sought after in Mr. Lim Kia Tong.” added PFF general secretary Atty. Edwin Gastanes.