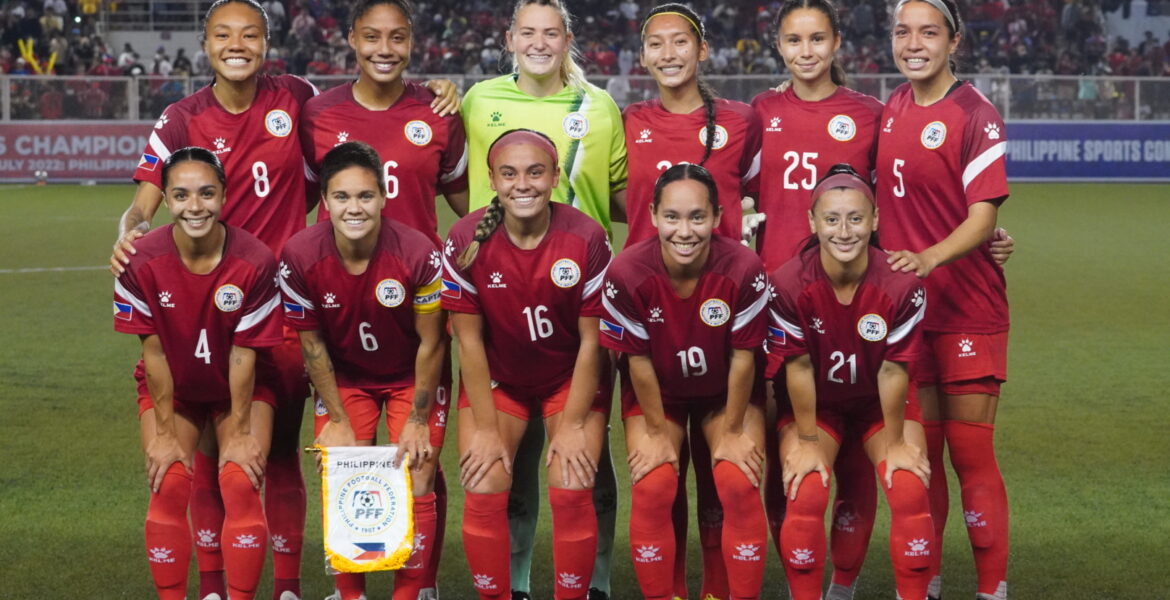 AUCKLAND, New Zealand – The Philippines will know the countries it will face in its historic FIFA Women’s World Cup appearance next year when the official draw for the tournament is staged at the Aotea Center in downtown Auckland on Saturday.

Having qualified following a semifinal finish in the AFC Women’s Asian Cup in India early this year, the Filipinas are one of the five debutantes in the most prestigious women’s football tournament in the world that will be co-hosted by Australia and New Zealand from July 20 to August 20, 2023.

“It’s a really exciting time for Philippine football as we will finally determine which teams we will be facing in our first FIFA Women’s World Cup appearance,” said PFF president Mariano “Nonong” Araneta.

“To be part of the tournament is already a tremendous honor for the country, but we also have to dream big and come up with a good showing,” he added.
From 24 teams, the 2023 tournament has been expanded to 32 countries with 29 already punching their tickets to the competition. Three more countries will qualify through the inter-continental playoff in February next year.

PFF general secretary Atty. Edwin Gastanes said the draw will help the federation plot the remaining months in preparing the team for the World Cup.

“We will definitely pull out all the stops to ensure that the team will go into the World Cup as prepared as possible,” Gastanes said.

PWNT team manager Jefferson Cheng and head coach Alen Stajcic will be in attendance for the draw that will be graced by no less than FIFA president Gianni Infantino.

HOW THE DRAW WORKS 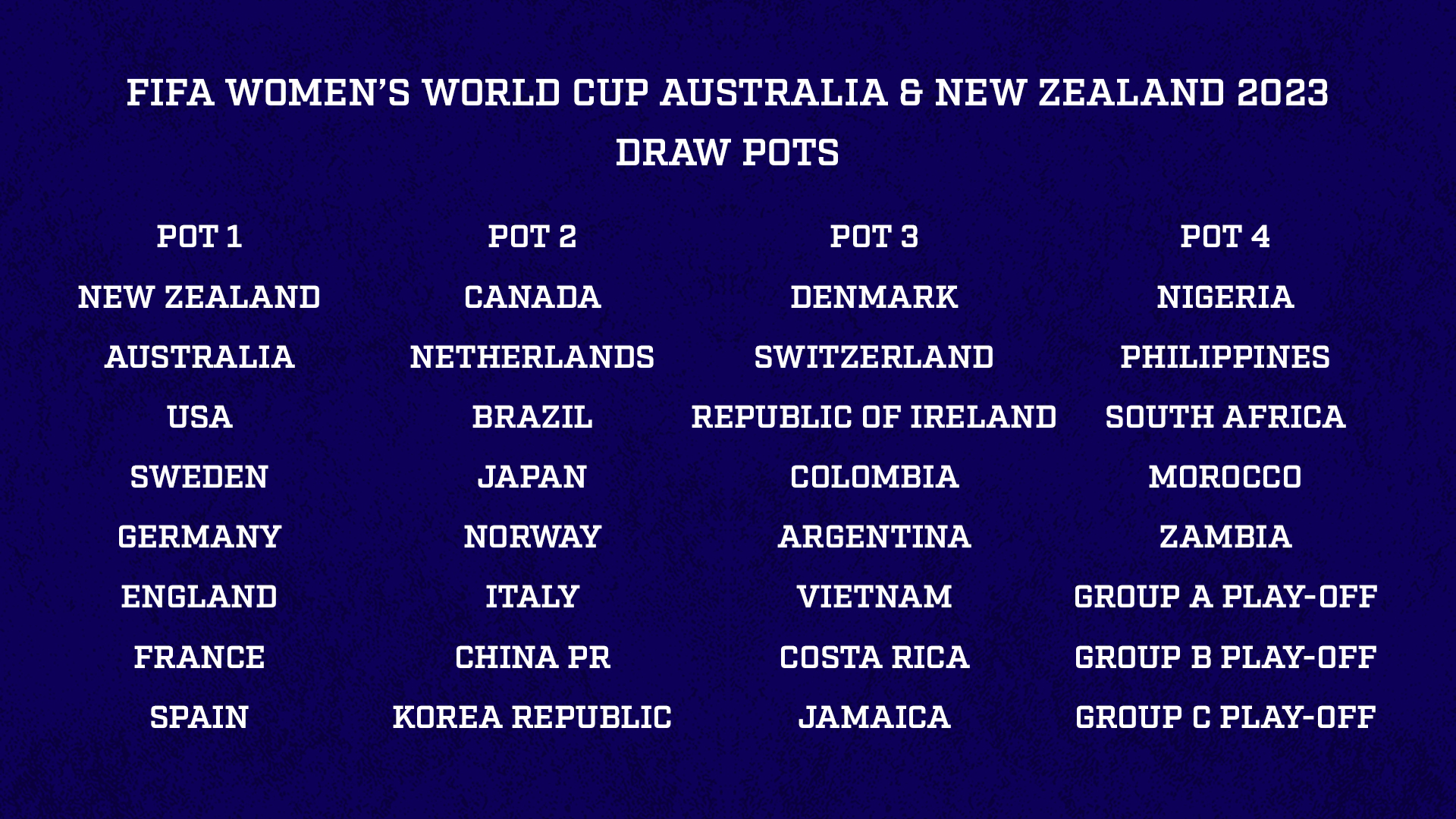 The 29 qualified teams and three playoff tournament placeholders have been placed into four pots of eight teams each, based on the latest FIFA Women’s World Rankings.

With its No. 53 ranking, the Filipinas have been placed in Pot 4 together with four African qualifiers. The three placeholders for the playoff tournament winners will be allocated to Pot 4.

FIFA’s general principle in the tournament states that teams from the same qualifying zone cannot be drawn into the same group, except for Europe.

This means the Filipinas cannot be in a group with fellow AFC teams Australia, Korea Republic, Japan, China and Vietnam.

With 11 teams from Europe (possibly 12 pending inter-confederation play-off results), each group will have a minimum of one team from UEFA with three (and potentially four) groups having two European teams.

Teams will be randomly drawn into eight groups, A through H, with each group containing four teams. Each group will contain one team drawn at random from each pot, except for New Zealand and Australia, which will head Groups A and B, respectively.

The other teams in Pot 1 are top-ranked United States, No. 2 Sweden, third-ranked Germany, No. 4 England, fifth-ranked France and sixth-ranked Spain. 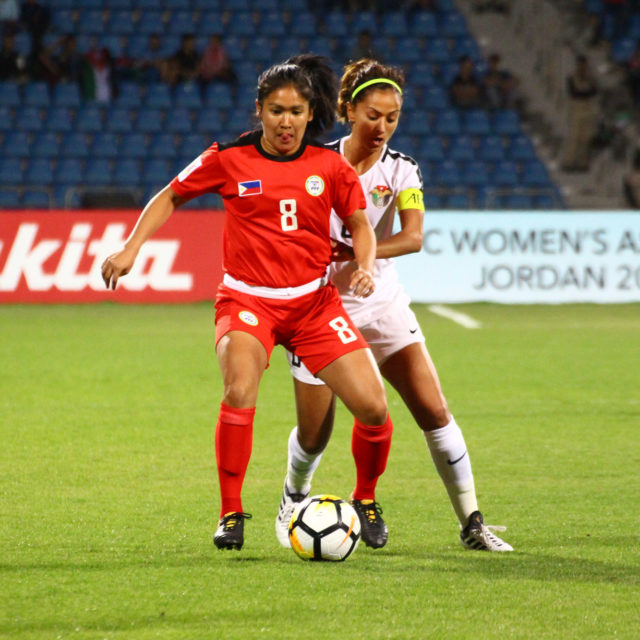