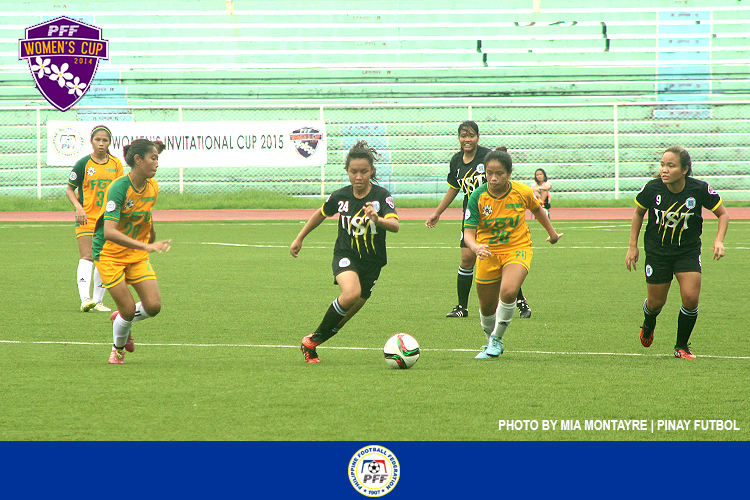 University of Santo Tomas finally entered the fray of the 2015 PFF Women’s Cup and they did so with a big win over Lady Tamaraws FC. The first half was a scoreless affair with a handful of chances for either side but it would be the Tigresses dominating possession, eager to already make a mark in the tournament. UST did not let up on their attack in the second half led by the efforts of Jennizel Cabalan, and this paid off with a goal eight minutes after play was resumed. A chance came in the box for Cabalan who fell down grimacing from a foul the referee missed but her teammate Trixia Jalbuena took advantage of the confusion and scored with an easy tap in. The Lady Tamaraws would mount a counterattack to try and draw level but the debutants held on firmly.

UST Coach Geraldine Cabrera said “We need to improve on finishing our chances, mainly shooting because it always goes straight to the keeper. We need to address this especially for our second game. Ball possession and passing were good, we just need to be active, the players should be constantly moving, and be aware of the players they are marking. The girls should play to the whistle, and not stop to look around when something happens. Always fight for the ball, move to the ball, get to the ball first to have possession, because possession means penetration, and more chances to go forward and shoot. Of course we are very happy for the win, especially for me because it’s my first time to coach. I want to really thank Coach Aging Rubio (currently match commissioner for the PFF Women’s Cup) for designating me as the head coach. If we didn’t push the players to do their best they would not have performed that way. We’re also happy because something happened, we lost one of our vital players to a bad injury (fracture) so stealing this game was important.”

Meanwhile, Lady Tamaraws Glaiza Artus admitted “We had lapses in defense, a big problem in defense. Also in mid where Analou goes forward, leaving defense with a man down, so there’s not enough people to check on opponents, so the cutters are always from behind, that’s why we were dominated by UST. Attacking wise, it’s there, we’re giving pressure but it’s not enough and lacking support, maybe just one or two players.”

Keeping momentum from their opening game win and bolstered by the return of first choice keeper and captain Inna Palacios, De La Salle grabbed control of the game with most of the action taking place on University of the Philippines’ side of the field which put goalkeeper Nic Adlawan on her toes. The midfield partnership of Kyla Inquig and Irish Navaja was doing wonders for the team regaining each lost possession for the Taft-based squad and smoothly transitioning it to attack. A goal was forthcoming for the Lady Archers, which came three minutes before halftime as Chelo Marie Hodges pounced on a ball the UP shotstopper failed to secure off a free kick. Key substitutions at halftime which put Kali Navea-Huff and Sabrina Nierras into the game proved effective for the Lady Maroons as they slowly wrested control from the Lady Archers. Strong play down the right wing with passes connecting to the attacking front gave UP-X a handful of chances that lacked finishing. Play was halted for a while when Marie Navea-Huff had a nasty collision with Palacios on one such attack but she was cleared to return to action moments later. DLSU would not back down and responded with attacks of their own resulting in near misses that could have doubled or tripled their lead. In the end, the final whistle sounded giving De La Salle University their second straight win.

According to DLSU Head Coach Hans-Peter Smit, “This tournament is good for all the teams and clubs, the former UAAP players that still play the sport that they love, that’s good, but for me I have a different perspective for this tournament because I lack players. I have two very strong recruits who are not here, who are supposed to be starters. I am only good for about twelve players for now. If you noticed I didn’t change any players from the first game. This game I wanted to see the character of the first eleven because so far I don’t have the substitutes. I do have substitutes but the game will change, and a game that is against UP, you know strong team and all this, you’d know that you need to step up, so I’m teaching them psychologically that in case they play the full 90/100/110 minutes, if they can do that they are not going to need a sub, that shows true character. So I’m starting them this early with the target of doing well in the UAAP.”

UP-X Coach Andres Crisanto Gonzales lamented on his team’s bad start, “We started terribly, we were on the back foot immediately, so many mistakes on our backline, the midfield couldn’t hold the ball, so almost the whole first half we were under pressure. We had a couple of chances on the counter, but La Salle controlled the first half. Second half we did better, we had a few good through balls but at least we were able to control the match more in the second half.” 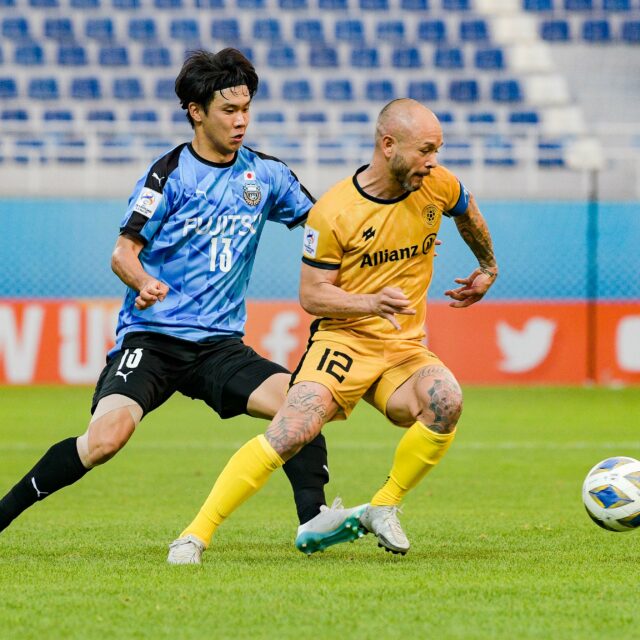