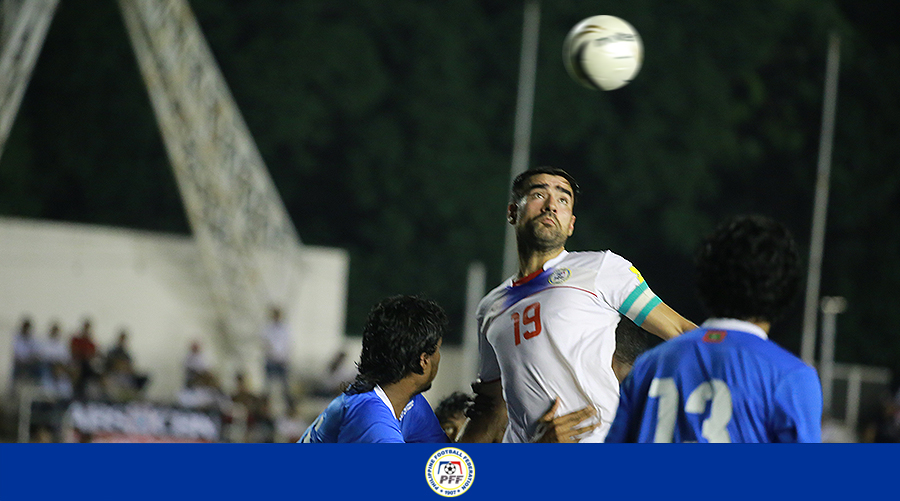 The Men’s National “A” Teams of the Philippines won a 2-0 victory against Maldives in their international friendly match last night at the Rizal Memorial Football Stadium.

Both teams were tied in the first half of the match with the Philippines dominating the game but failing to convert attempts. In the 2nd half, Maldives defender Mohamed Samdhooh scored an own goal off a corner kick by Iain Ramsay on the 48th minute. Ten minutes after, Philippine midfielder Jerry Lucena scored the 2nd goal with a header.

The friendly, which was authorised by both FIFA and AFC as a Tier 1, is a preparatory match for both teams for their respective 2018 FIFA World Cup Qualifier matches on 8 September. The Philippines will face Uzbekistan at the Philippine Sports Stadium, while Maldives will face China PR in China.