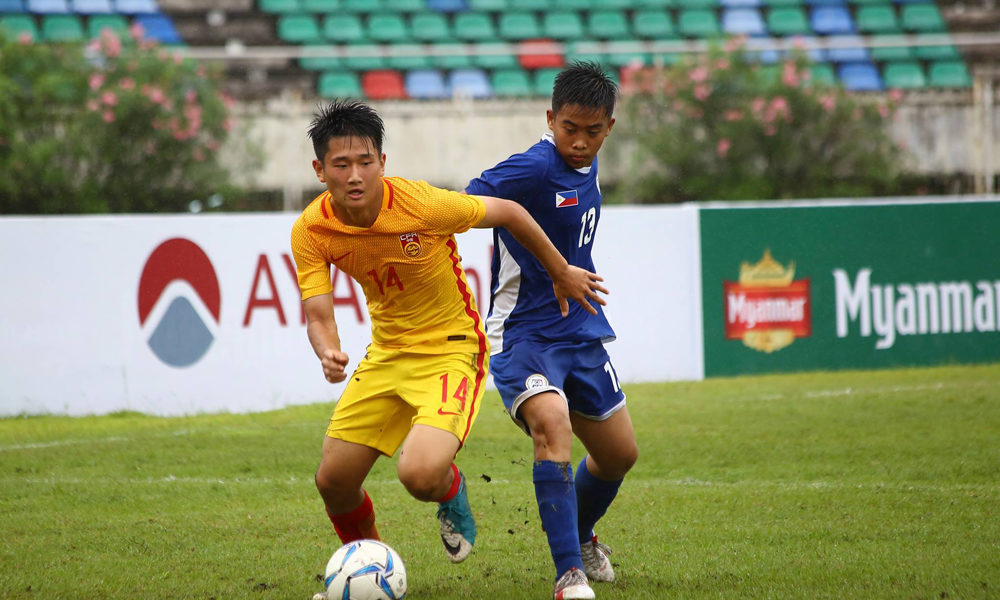 The Philippine Under-16 Boys National Team put on a better showing despite yielding to China PR, 2-0, last Wednesday 27 September 2017 at the Thuwunna Stadium in Yangon, Myanmar.

The Philippine U16 Team put on a valiant defense against China PR, but two goals in either half saw them concede their second match of the qualifiers.

“I believe we could have beaten China PR today,” said PHI U16 Coach Bongbong Roxy Dorlas. “We blocked many of their attempts and our counter attacks were also working well.”

The U16 Team will finish their campaign with a match against host Myanmar on Friday 29 September. Kick off is at 6:00 PM local time (7:30 PM Manila time).