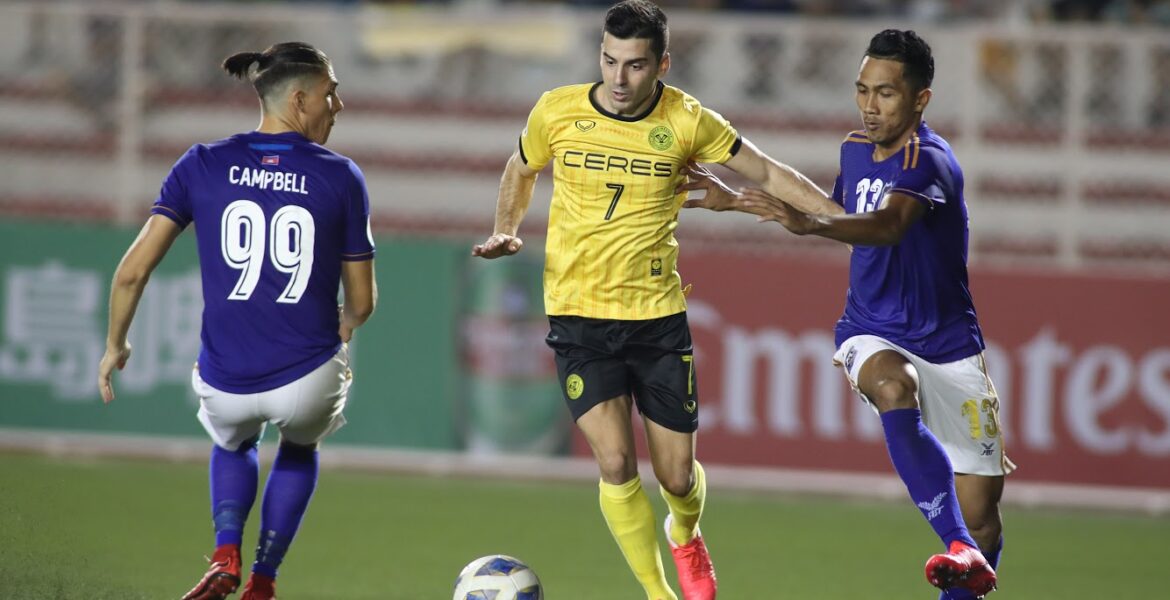 Two goals inside the first 15 minutes from Takashi Odawara (12′) and Joshua Grommen (14′) put the Busmen in the driver’s seat for their first three points in Group G.

The visitors almost pulled a goal back from the penalty spot in the 22nd minute following a foul by Grommen inside the box. Up stepped goalkeeper Roland Muller to deny Thiago Santos’ penalty kick.

Last year’s top scorer Bienvenido Marañon added gloss to the result with two goals in the 55th and 70th minutes brought on by the intricate passage of play from the returning Manny Ott and OJ Porteria.

Ceres Negros’ next match will be against Vietnamese side Than Quang Ninh on 25 February 2020 at the Rizal Memorial Football Stadium in Manila.