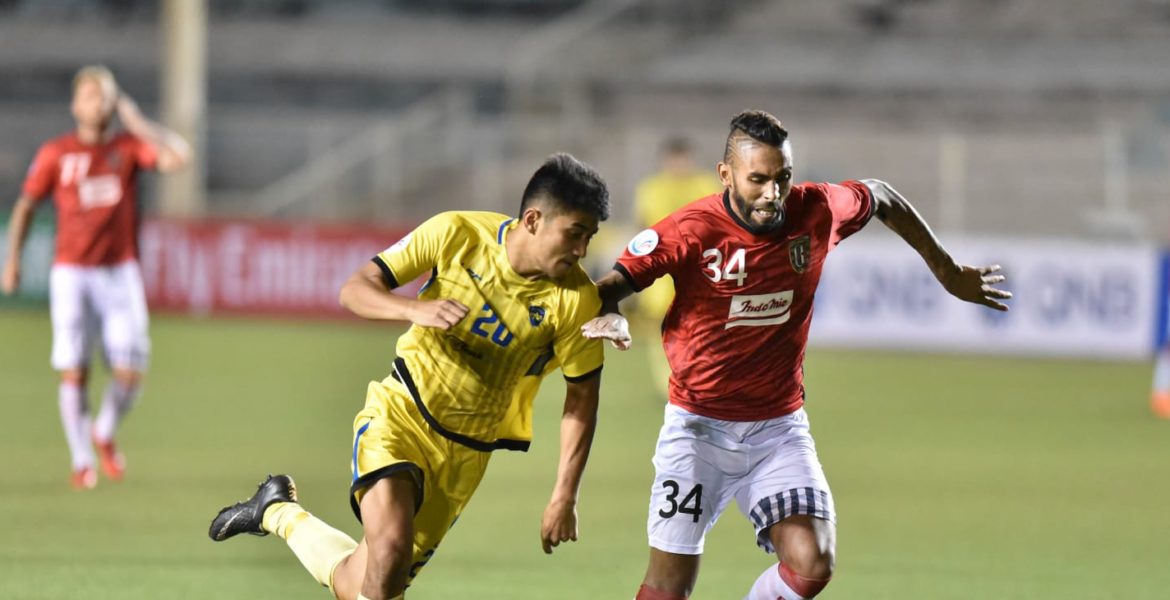 Global Cebu FC settled for a 1-1 draw against Indonesian side Bali United to collect their first point in the AFC Cup Group G last night at the Rizal Memorial Football Stadium.

Curt Dizon registered Global’s first goal in the 11th minute. The winger converted the rebound after the initial ball was fumbled by Wawan Hendrawan.

Bali drew level in the 74th minute from a Ilija Spasojevic in the box.

The Indonesian side almost took the lead in the 78th minute when they won a penalty in the box. Spasojevic took the penalty but was denied by Patrick Deyto to force the 1-1 stalemate.

“We deserved to win this game but this happens in football,” said Deyto, who was named Man of the Match. “We have to give credit to Bali. We’ll just get as many points as we can for the next games and hopefully it will be enough for us to go to the next round.”

“It’s an excellent effort from the whole team and we played well especially Patrick (Deyto),” said Global Cebu head coach Marjo Allado. “We had a lot of chances in the game.”

Global fly to Yangon, Myanmar for their next AFC Cup assignment against Yangon United on 7 March 2018.