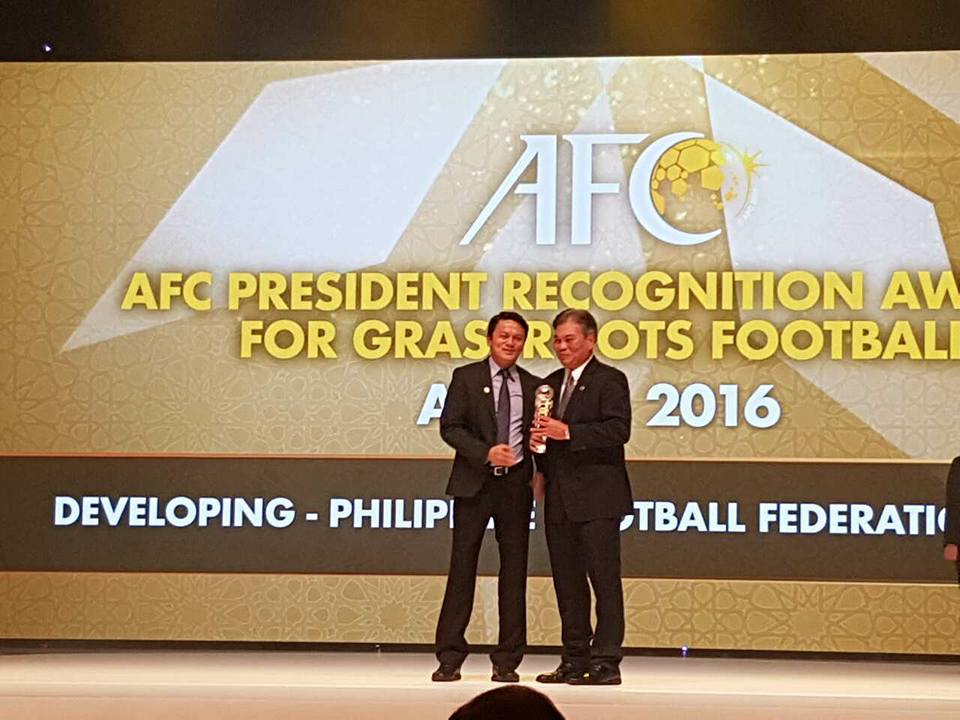 The Philippine Football Federation was awarded the AFC President’s Recognition Award for Grassroots Football (developing country) during the 2016 AFC Awards Night held in Abu Dhabi, UAE on 01 December 2016. This is the second time that PFF has received the recognition; the first was in 2014 during the AFC 60th Anniversary celebration.

In this award, member associations are commended for their efforts to promote and develop grassroots football. Part of the criteria is the Member Association’s efforts in partnering with external organizations to execute technical programs such as grassroots football-related courses, workshops, basic skills training and talent identification.

Through PFF’s Kasibulan: Grassroots Development Project, grassroots courses and festivals are continuously held throughout the year in different parts of the country, in both urban and countryside settings. For 2016, a total of 53 training sessions and festivals were conducted nationwide involving 15,086 youth players and 3,577 teacher-coaches.

Renewed emphasis in grassroots football started soon after PFF president Mariano Araneta got elected in 2010. Part of the initiative was to ensure that the actual grassroots football coaches in the provinces received adequate training from FIFA experts who conducted Grassroots pro-active courses in different venues for the last 4 years. Iloilo City, Davao City, Baguio, and San Carlos City have been the actual venues of these FIFA courses and workshops.

It helped that PFF re-launched its Kasibulan: Grassroots Football Development Program in February 2012 in Calamba City with international and local football stakeholders in attendance.

“I am delighted to receive the award on behalf of the federation. The recognition should motivate us to do more. We thank all those who helped us promote grassroots football in the Philippines. The award is meaningfull as it shows that we are on the right track in developing the youth. As a developing football nation, we consider the grassroots as the lifeblood and the future of Philippine football.”

PFF president believes that the program can still be improved and has an immense potential to cover more ground and touch the lives of many more boys and girls in the country. He stresses on the importance of involving more sponsors and stakeholders to sustain and grow these activities.

“We are ultimately thankful to our partner institutions and we hope that we are able to sustain these grassroots initiatives, and meet our objectives as we aggressively pursue new frontiers of football.” 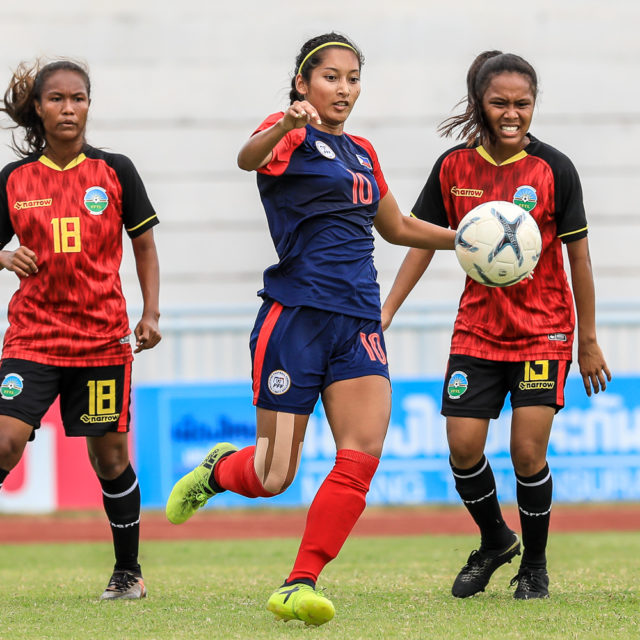 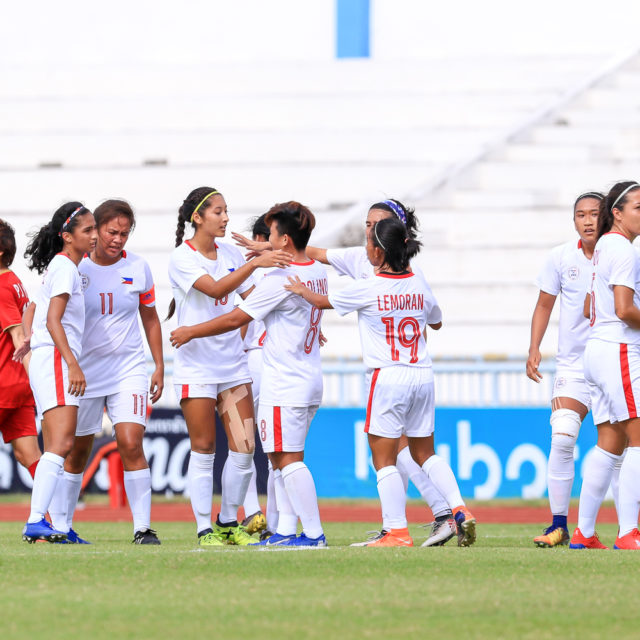 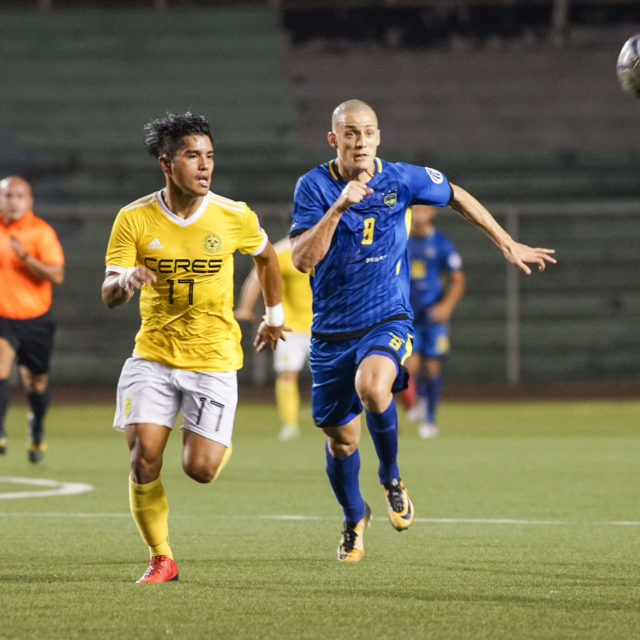